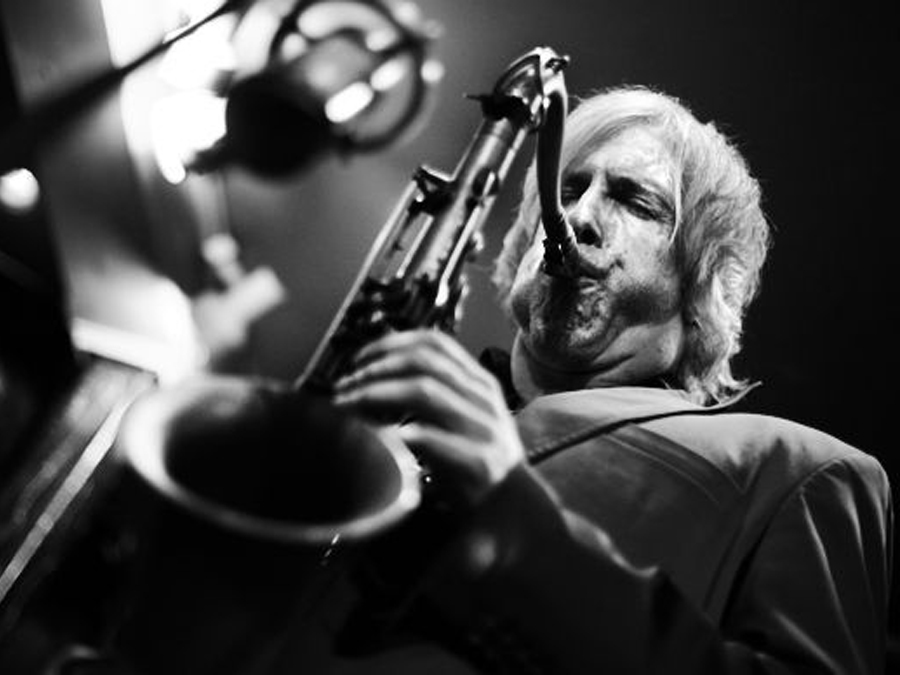 With so much 21st century programmatic music to choose from in the realm of Jazz it’s refreshing when a disc turns up that harks back to the bopping, swinging sixties. It’s not that Grant Stewart and his quartet mirror anything that was deprecatingly referred to as a “moldy-fig” attitude to music; it’s just that Mr Stewart and this group of musicians reflects everything that is holy about Jazz – a mix of soulfulness and bop’s hard-driving beat all rolled into Mr Stewart fiery virtuosity backed, of course, by that of Tardo Hammer’s [reflection of this in his] pianism, rocked by Peter Washington’s bass and Phil Stewart’s playing, deep in the pocket all of which is reflected in the music of the album Rise and Shine.

There are tasty bits all over this album, the repertoire of which makes up some of the finest music written in Jazz. From the fast-paced virtuosity of Tadd Dameron’s “Gnid” and the bravura performance of Tommy Flanagan’s “Minor Mishap”, to the slowly burning flames of Barry Harris’ “Like This” and the prosody of “My Reverie” by Claude Debussy and the diabolical changes of Bud Powell’s “Hallucinations”; and on the dramatic rhythmic changes of Walter Donaldson’s “You” everything seems to hang together perfectly as the music comes to life in an idiom that’s at once contemporary, bluesy and accessible.

As a saxophonist, Mr Stewart has a big, brazen voice that is immediately recognisable in the heat of his playing. Not for him relentless torrents of notes, honking riffs, biting attack; his trademark is his round sound, lithe and elegant as well as warm and swinging. Plus there’s the tantalising asymmetry of his lines, which seem to set off in wrong-footing directions and unexpected turnarounds, but always land exactly right, with their own fascinating rhythm.

The musicians surrounding him – and, more importantly, this music – are also complete pros. As a result we are rewarded with music of the highest and most satisfying standards. Backing Mr Stewart’s confident, adventurous tenor are the great Peter Washington [brilliant playing pizzicato or con arco] on “I Guess I’ll Hang My Tears Out To Dry”; drummer Phil Stewart, who stirs the soup wielding a mighty hand at the brushes on that chart and, of course, Mr Hammer, who works the dancing melodies with eloquent harmonies and insistent rhythms. Lucy Yeghiazaryan joins the quartet on “My Reverie” and raises the music to a heavenly realm. All in all, an album for the ages, with every bit of the music superbly captured by Maureen Sickler in the acoustic glow of Rudy van Gelder’s legendary studio.