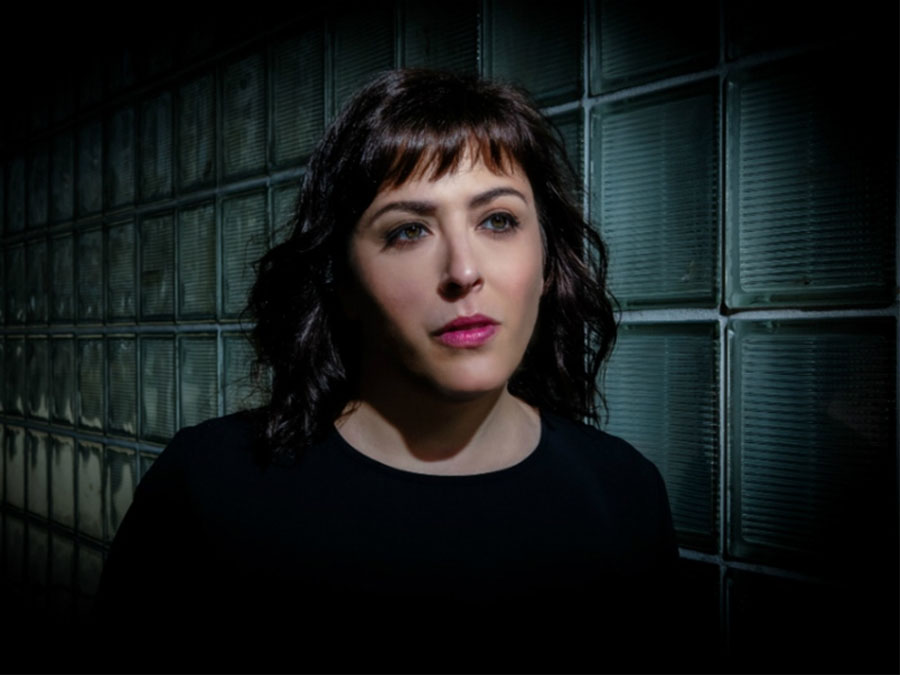 You can never be sure what to expect from a musician even after you listened their earlier offering believing it would be hard to top in terms of repertoire and performance. But Andrea Superstein has proved that high bar could be easily leapt over. Her Worlds Apart album is an enormous step up from her last one – which, to be honest, was quite superb. How did she do it?

Let’s see; a terrific set of songs – almost all of which she wrote herself – which she sings in her svelte and smoky mezzo- voice with lyrics to match the kind of languorous seduction of the voice, a superb group of musicians and a producing partner in Elizabeth Shepherd who, as it turns out, seems to take the music to a whole new level. Make no mistake, however, this is Andrea Superstein’s moment in the sun and she shines as if she came from the nuclear corona of the sun itself.

Miss Superstein works the words of the songs as if they were lyric poetry. Her languid style enables her to draw out the emotion from words and phrases like no other vocalist. She elongates syllables until every ounce she has emotion is infused into the lyric with surging intensity until you are absolutely beguiled by the musical phrase – indeed the entire part of the song with which she led you up to that point. Listen to both parts of “Star Blues” and you too will be smitten by her vocalastic charms.

All of these songs are utterly convincing. They seem to come from a deep place so much so that you could hardly imagine anyone but Miss Superstein singing them. Her voice is gorgeously sensuous, is also agile and silken. Songs such as “De temps en temps” and “Angel Eyes” are borne aloft by her distinctive vocal gifts, as well as by the shimmering accompaniment of the musicians in her ensemble. Miss Superstein’s music also covers a wide array of moods and emotions bouncing between lyric, sexy, ruminative, teasing and dramatic. And she is utterly convincing because her music comes from a place so much deeper than words or black dots on a sheet of paper.

Miss Shepherd, herself an accomplished artist has clearly helped mould this recording into the complete likeness of its main character – Miss Superstein. Her hand in the arrangements and in the overall sound has an imprint all her own. Each of the musicians performing here – including John Roney, Remi-Jean LeBlanc, Mark Nelson, Jacques Kuba-Séguin, Michael Occhipinti and others – is superbly attuned to Miss Superstein’s artistry and vision. All of this contributes towards making this an album to die for…