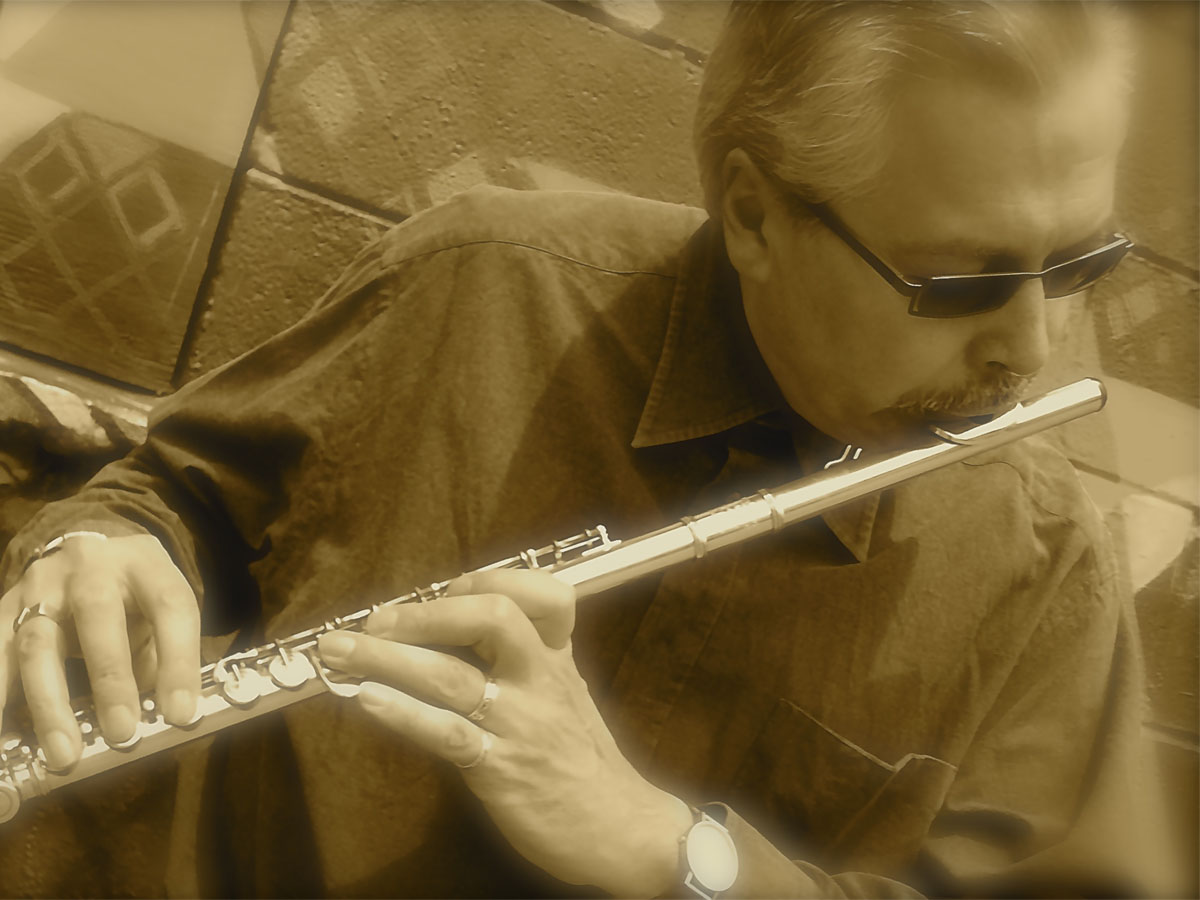 Four years ago (in 2016), Dalya Alberge of The Guardian wrote that the great violin virtuoso Nigel Kennedy lamented the dearth of individuality among pianists and violinists coming out of conservatoires. He “accused music colleges and record companies of producing “factory lines” of pianists and violinists that end up all sounding the same.” Mr Kennedy also went on to suggest that “[Music] professors should be less lazy. Instead of imposing one system for all, listen and cater for the individual.” Now all of this had to do with classical music education. But Mr Kennedy also knows a bit about other styles of music; jazz, for instance, a style in which he has also made several critically-acclaimed recordings. But his observation about great jazz musicians such as Coleman Hawkins, Fats Waller and Louis Armstrong who didn’t take lessons has a deeper meaning. Mr Kennedy said: “They just learned from experience. Then they got something completely unique … whereas now we’ve got factory lines of pianists and violinists coming out.”

Clearly the lament is justified. But the problem doesn’t end there. For Mr Kennedy “protocol” training by music colleges, “doesn’t actually help people use their brains or their ears – two important factors in music.” This is something that ought to concern musicians of every stripe and style. So what value then have method books in musical education? How do they help build individuality? The answer to the first question is as much a resounding “Yes” as the answer to the second one is a resounding “No”. The first step in any learning process, after all, is to have a system in place – a technique – to learn and eventually master any instrument. Without proper technique student as well as the developing – indeed even the seasoned – musician would surely flounder. Besides which, it pays to learn from the experts. Moreover, in music such as jazz, where the art of improvisation is at a premium, technical proficiency becomes all the more important.

Bill McBirnie’s manual The Technique and Theory of Improvisation is an important tool in the process of learning. This one-of-a-kind manual has immense value to flutists – from students to novice, maturing – and even mature flutists. Mr McBirnie is in an unique position to offer such advice and methods as he does in this book. Amid the tribe of flutists – indeed, even amid the larger tribe of improvising musicians – Mr McBirnie is held in very high esteem. The pre-eminent flutist of our time, Sir James Galway, has “solicited [Mr McBirnie] as his resident Jazz Flute Specialist.” Sir James also goes on to find that “[Mr McBirnie is] up there with the greatest flute players of all time.” That opinion refers not only to Mr McBirnie, ‘the flutist’, but also to Mr McBirnie ‘the writer’ and ‘teacher’ and this is, indeed borne out by the book itself.

Those who know Mr McBirnie might remember that he is a veteran member of the improvising music scene both in Toronto, Canada, and elsewhere. As a virtuoso flutist, he practices incessantly. He also continues to learn music from those who came before him – not necessarily flutists, but all improvising musicians and is often seen and heard to me ‘practicing’ by playing along with iconic recordings by musicians from every era in jazz, as well as with musicians of other styles, where Mr McBirnie can be heard ‘learning’ their music, then improvising on it and putting his own personal touch to it. Talk about the proverbial ‘practice what you preach’. And so, combining his knowledge of the instrument and [clearly] by ‘practice… practice… practicing’ Mr McBirnie has come up with the goods for teaching both technique and theory of improvisation on an instrument that can often be diabolically difficult to learn and master.

This book is divided into a ‘technique’ module and a ‘theory’ module. The latter module focuses on scales and modes. Clearly Mr McBirnie has taken a leaf from the great Charlie “Bird” Parker’s mystical learning process. When Bird was asked how he came to play the alto saxophone way that he did, and what led him to create some of the most iconic music of all time in the jazz idiom, is believed to have had just two pieces of advice apart from the de rigueur “practice… practice… practice…” and those were “master your instrument and then [when you go on stage] blow your head off.” Mr McBirnie’s book appears to pick up on Bird’s advice. To this end the flutist offers advice on technique. This is dealt with in Part I of the book and it is crafted with meticulous detail. Individual sub-sections deal with “Articulation”, “Vibrato” and “Breathing”. Each of the subsections proffers advice, exercises and guidelines with a view to facilitating mastery of each of the three aspects of instrumental proficiency.

Part II of the book delves into theory. Once again, Mr McBirnie shows his mastery of music itself as he instructs both novitiates and experts who wish to take their playing to the next level on aspects of music – particularly flute music – theory from melody, harmony and rhythm. Instruction in each of these aspects is provided in eminently manageable modules. The very first section in this part deals with proficiency in “Rhythm”. Here, it is telling that Mr McBirnie offers suggestions that, if followed, might result in what might be considered a paradigmatic and all-important shift in thinking. Subsections such as “Think Like a Drummer!” and “Every Idiom Has a ‘Clave’” are not simply interesting in terms of thought, but quite dramatic in the manner in which they have been approached – and taught. Subsections on “Melody” and “Harmony” are also enlightening, especially where the author deals with “The Head” (in the former subsection) and “The Chromatic…” and “The Diatonic…” scales and “Cycles of 4ths…” through modulations and modes will also be found to be hugely rewarding. Modes and Functions are dealt with in further, minute, detail in separate sections [on Altered Scales, Classical and Modal perspectives] and will most certainly be found to be extremely rewarding to the reader and learner.

Parts III and IV are where this book gets much more interesting. Here is where Mr McBirnie deals with enthralling practical aspects of music – especially improvised music. Part III integrates theory and technique in the context of what improvising musicians know to be “Riffs” and “Licks”. Mr McBirnie’s analysis here is not only accurate, but enlightening as well. His examples and analyses reveal an insight into these aspects of theory and technique that come from a very high degree of both practical proficiency and tempered by unusual pedagogic insights. This bears out Sir James’ opinion that Mr McBirnie is held in the highest regard among musicians in general and flutists in particular. Part IV may be the most interesting part of the book. It deals with the author and flutist’s perspective on music. In a sense this deals with more philosophical approaches to music. If that sounds like it is an attempt to take the reader/student into a profound realm it probably is, but Mr McBirnie tempers this with practicality such as in “Developing Your Ear” and how to “Maintain a Healthy Attitude”. The former essay goes right to the heart of what makes for an “individual voice” and not something that came out of what Mr Kennedy called “factory line[s]”. Meanwhile, the latter essay suggests that amid all of the proverbial skull drudgery of learning, there can also be fun.

Mr McBirnie is in an unique position as a practicing musician. He has mastered the “Cuban” idiom and his essays on both that aspect of [his] music as well as the subsequent essay on the iconic Cuban [heritage] ensemble Los Muñequitos de Matanzas is particularly insightful. Also highly perceptive are the subsequent essays on the Modal Idiom and on transcriptions. You would be hard-pressed to find a more practical way of dealing with complex subjects as well as more accurate ways of dealing with both – especially the subject of transcriptions. The book concludes with a fairly long summary in which material covered in all the previous sections is clearly memorialized. A comprehensive set of appendixes further wraps things with valuable pointers on bibliographies and – more importantly – Mr McBirnie’s list of discographies; among them his own recordings and also recordings to which he practices. Each of the four parts to the book also comes with illustrations and examples that support theory or technique. The section on fingering is remarkable and while this may indicate that some readers [more advanced practitioners as opposed to beginners] might benefit more than others the presumption that you ought to have achieved at least a minimum level of proficiency to play the instrument is a pre-requisite. This requirement is not stated here, but might well refer to a musician who may have already opened the door to life as a flutist, and wants to achieve total proficiency at the instrument before finding – something that Nigel Kennedy also refers to as – that elusive “voice” in music. To that kind of reader, this book may be of the greatest value. 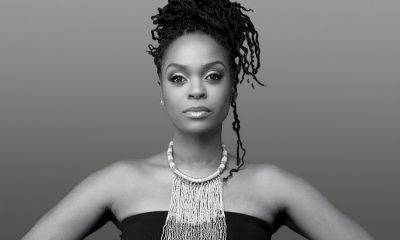 Joy Lapps: Girl in the Yard

The ubiquitous Trinidadian – and, in Toronto, pan-Caribbean – Instrument: the steelpan has never sounded so exquisite than in the... 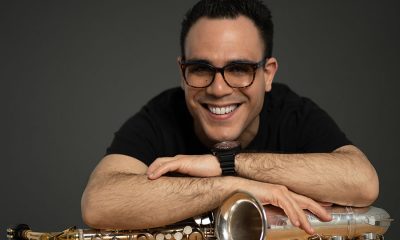 The alto saxophonist Luis Deniz may have been a relatively late Cuban arrival in Canada, descending upon the music scene...