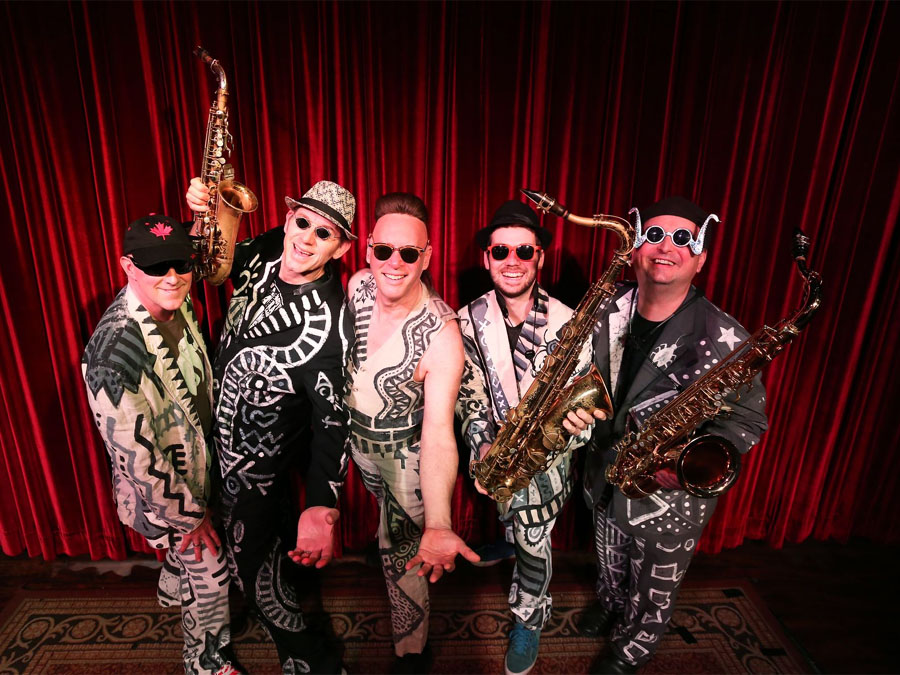 It has been impossible to think of the city of Toronto without, at some point, the near-ubiquitous grooving of the city’s iconic band Shuffle Demons. Born and bred in Toronto and providing a soundtrack that echoes the heart of the city [often seen and heard on the city’s Spadina metrobus], many of us knew the group’s alto saxophonist and elegantly sartorial poster-boy for the city’s vibrant culture by face. Richard Underhill has also been the pivotal figure in the group’s history, elevating its music to the rarefied – and funkified – realm.

Mr Underhill is often heard making his presence felt whether it is speaking up for the city’s homeless people, against gentrification or on behalf of its cycling bylaws, or as a vocal cheerleader for the city’s numerous and über-gifted tribe of musicians. But he and the Shuffle Demons have also sung and glorified the city, showering musical love on it. The band, now in its second or third [for those keeping track] incarnation, is louder and better and still strutting its funk even as the music scene has been steadily depleted before and during the pandemic.

Somehow you can’t think of life in the time of Covid19 without the word “crazy” coming to mind frequently. The connotations of its use are never pleasant. However, this superbly created music on Crazy Time helps us steady our perspective of life in 2020. Mr Underhill is in fine voice. His horn playing – on alto and baritone saxophones – is flush with gorgeous colour and rich texture, and it is gloriously loud, echoing with wit and attitude. His compositions are characteristically and delightfully “demonic”, written, of course, to reflect his wry humour and as features for like-minded voices: tenor saxophonists Kelly Jefferson, Mike Lagan and Mike Murley, and bassists Mike Downes and Jim Vivian.

Of course, the Shuffle Demons would be nothing without the rippling and funkily beautiful groove laid down by Stich Wynston – who is to the Demons what Zigaboo Modeliste is to The Funky Meters of New Orleans. Playing deep in the pocket Mr Wynston allows the soloists go to the moon and back as he – unwavering – is always there to welcome them back to the house of funk.

The high energy of this superb repertoire is unleashed right out of the gate with “Cat Walk” and maintained through “Good Karma” through to the end of “Blue Chameleon”. The layered textures of instrumental music is broken up by vocal pieces infused with empathetic pathos and the kind of dry humour both of which have contributed to the longevity of the excellent Shuffle Demons.