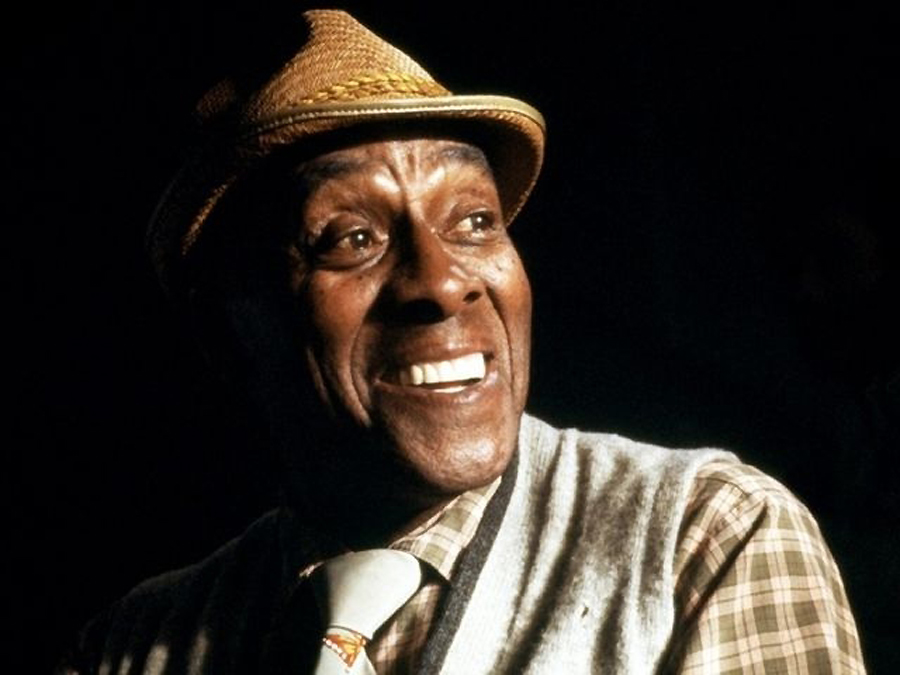 “Scatman”… the moniker for Benjamin Sherman Crothers is a dead giveaway for the kind of rhythmic vocalastics he practiced before his death in 1986. But even for those who did not make the connection with his kind of vocal style, Scatman Crothers gained stardom from his performances on stage, on television and film. Perhaps his most famous role being the one of the caretaker of The Overlook Hotel in Stanley Kubrick’s spine-tingling film The Shining, adapted from Stephen King’s superb horror story.

Scatman was a gifted drummer and vocalist who made his name in jook-joints and speakeasies during the Roaring ‘20s. He fronted his own trio and even performed at the Cotton Club in 1935 parlaying a scat vocal style that he perfected, using his velvet-toned and gravelly voice. This album, Groovin’ with…Scatman is a fabulous reminder that his was an authentic musical talent that perhaps diminished with the advent of vocalists such as Oscar Brown Jr., Eddie Jefferson, Jon Hendricks and others – not least because he spent much of his artistic career working out of Hollywood, where he was drawn to work in television and film.

It is a short album – with just eight [short] songs, but each is a potent reminder of just how wonderful, witty and entertaining Scatman was as a singer. He told stories, shaped narratives, characters and personalities – all in a matter of a minute or two and a bit. “Scatman’s” is a delightful self-portrait, as is the balletic and elegiac quick-stepping scat “Going Strong”, and its self-prophetic twin “Still Going Strong”.

Meanwhile songs such as “You’re So Pretty” and “Louie is Your Garbage Man” are by turns beckoning, hilarious, and in somewhat bittersweet and also serve to remind listeners that Scatman also had a superb grip on the swing and funk; in short, on the pulse of the day. “Stanley [Does it All]” is special as it is in praise of Mr Kubrick, whom he clearly admired from working with him not only on The Shining, but also One Flew Cuckoo’s Nest.

It bears mention that the producer of this recording – Canadian songwriter, Andrew A. Melzer – became not only a close friend of Scatman, but also wrote [or co-wrote] some of the most memorable songs on this disc. “Going Strong”, and “Scoot on Over to Scat’s” will stick in the memory for a long time to come. This recording also serves as a reminder that Scatman’s music credentials were highly respected so as to draw such great musicians to perform with him. These included as bassist Ray Brown, multi-instrumentalist Victor Feldman and Snooky Young [among many others]. This recording – no matter that it is short – is still, quite simply, one for the ages…