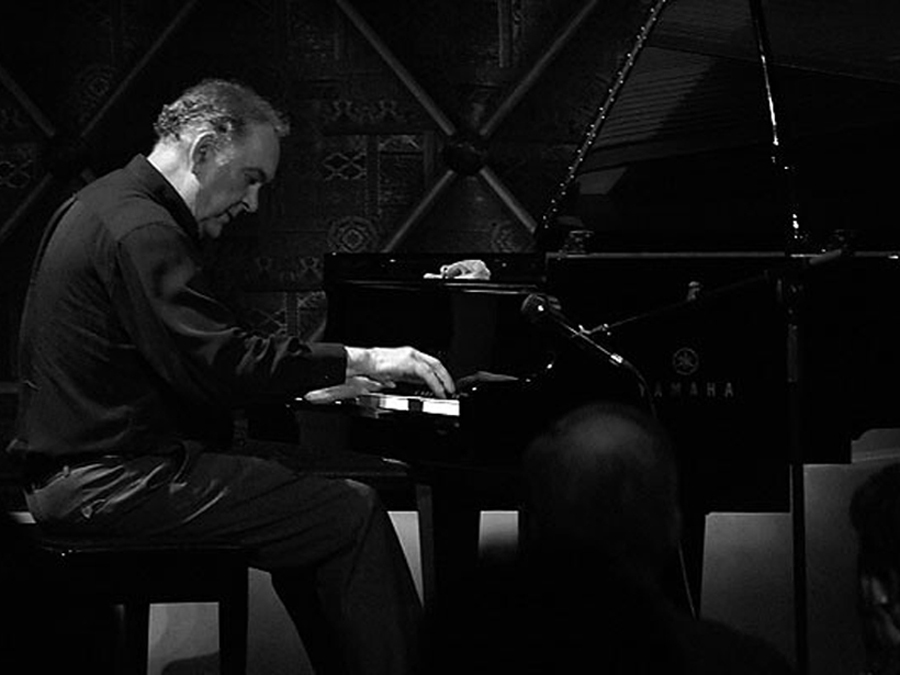 The phrase poeta nascitur non fit [a poet is born, not made], first used in the Lectiones Antiquae [Venice, 1516] of Coelius Rhodigenus, seems to best describe the musicianship of Norm Amadio just as much as it did for that of Hank Jones and Tommy Flanagan, and other pianists of a certain era that many might also describe as the pinnacle of popular music. But because memories are often short we tend to forget their contributions to music. But ignoring – or forgetting their contributions to music – also speaks to the kind of society in which we exist today, one in which music seems to have also become as disposable as single-use plastic.

Fortunately for us, Mr Amadio’s music – like that of his illustrious peers in the USA and in Canada – has found a home on two definitive recordings: the 2010 recording Norm Amadio and Friends [Panda Digital] and now on this little gem by the Norm Amadio Trio: After Hours 1966. The album takes its title from the events that brought this music to us. Andrew Melzer, composer of the songs and producer of the recording had known Mr Amadio since 1960. He shared his lead sheets with the pianist five years later and in February 1966, after the Norm Amadio Trio and the velvet-voiced Tommy Ambrose finished their set at The Cellar at 3 am, no less, Mr Melzer plugged them into his console and made this recording.

It’s the stuff that legends are made off. But while you might imagine a winding down from a hectic event in a smoky night club, the energy and ingenuity of the musicians seems to have spilled over into the wee hours of the next morning. Mr Amadio glide his way through these six tracks, elegantly negotiating the swirling music that came from the pen of Mr Melzer. Every piece – especially the two Latin instrumental numbers “The Skies” and “Swing with Me” – is played by the pianist with a kind of languid ease, each melodic variation following the other, quite inexorably, his sumptuous pianism brilliantly articulated.

The three tracks on which Tommy Ambrose appears are highly evocative and fit the vocalist’s elegiac style of lyricism as if they were written specially for him. “This is the Last Time”, which opens this recording was co-written by Mr Melzer with George Jonas, a poet, journalist and celebrated novelist who also penned the book Vengeance, which later became the movie Munich, directed by Steven Spielberg.