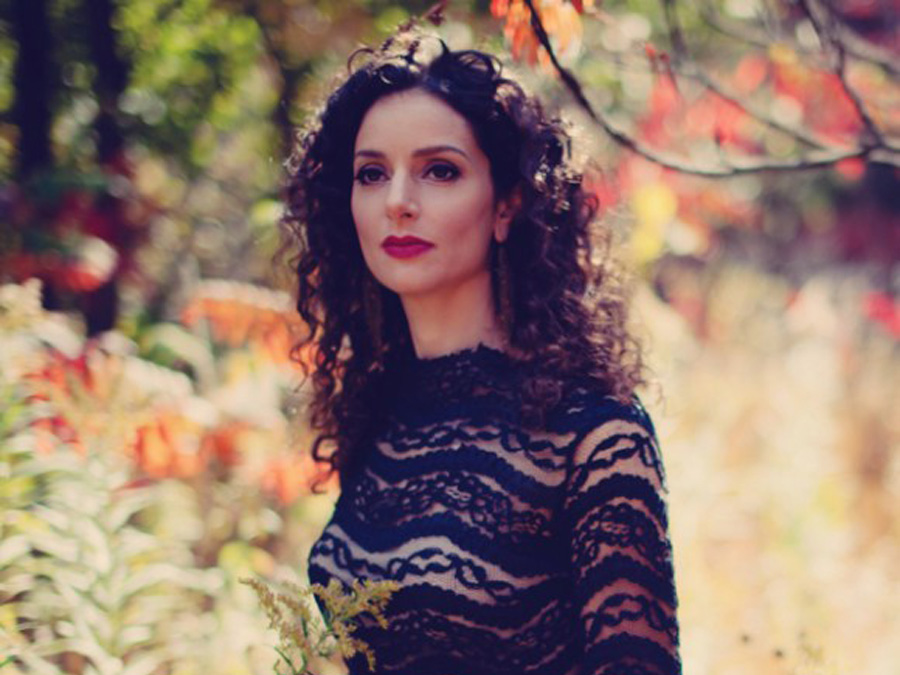 Every once and a while you come across an artist [the poetics of] whose musicianship makes your heart skip a beat. It doesn’t happen too often, certainly not with vocalists, many of who seem to overpower music with their self-possessed vocal styles of singing. However, Lara Solnicki is not one of them – not by a mile. She is a poet who gives wing to her written word with vocalastics that always seem to defy gravity. She recites and sings with quiet passion and a mixture of realism and modesty – the modesty never false, the realism never merely modest – that is utterly disarming. [Watch the second video below to understand what this really means].

Moreover, it has taken Miss Solnicki just two albums to establish her as an artist of the first order. Her instrument is lustrous. A firmly projected mellifluousness and beguiling purity of tone are major parts of its arsenal, plus an uncommon clarity of enunciation that never seems to undermine the smooth legato line; or get in the way of the other instruments that she uses to embellish her tone poems and recitation. This album, The One and the Other, is a true masterwork that sets the bar on all of her future work uncommonly high, setting the stage for all musical challenges to come.

While other contemporaries who write words and music may be called musician/lyricists, Miss Solnicki is a tone poet and does for song what no other contemporary does; not, that is, unless you consider works by Schubert, Berg or Sibelius, who are, of course classicists. I suppose, the point in question is that [when you listen to what she does with her art you will realise that] there is simply no one like her, who crafts and practices the art of music combining it with classical poetics – in the truly Grecian sense of the term. She stands head and shoulders above all her peers, alone on stage, basking as if in the spotlight like a crystal – where the light comes in but a different light is coming out.

Miss Solnicki’s repertoire on this album – which takes its name from a beguiling three-part song cycle – takes you unexpectedly into another world. It’s full of glinting lights, mysterious depths, expectations, frustrations, doubts and hopes, like the shattered shadows of a moody scherzo, glimpsed by moonlight in a forest. In sheer colour and variety, in the depth of its characterisation and the exceptional range and refinement of idiom and imagery, Miss Solnicki imparts to songs such as “Furling Leaf, Retrocede” and the album’s apogee “The One and the Other”, a power and dramatic stature, which no amount of “bigness” [the usual route of other vocalists] can achieve.

The mesmerism and stylishness of the rest of this enterprising recital is matched by the performances of Miss Solnicki and her stellar team which features producer and pianist Jonathan Goldsmith, who brings his expansive, cinematic sensibility to the repertoire. Others such as reeds-meister Peter Lutek, violinist Hugh Marsh, guitarist Rob Piltch, bassists Scott Peterson and Rich Brown, and percussion colourist Davide Di Renzo, are also fully attuned to Miss Solnicki’s artistry and poetic vision. An album to die for…

Wheel It Studios Vol 3: Ride it Out