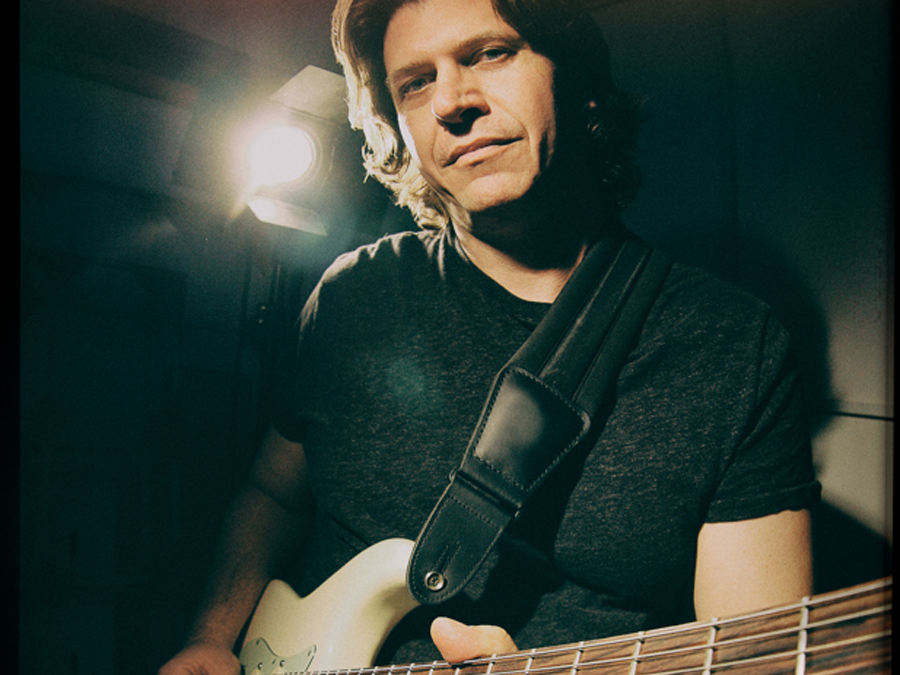 Guitarist Jeremy Green is no ordinary guitarist and producer. The proof of this is all over Standing Eight.

It is not often than anyone – especially a guitarist – can pull off a recording that is packed, wall-to-wall with superheavyweight guitarists and bassists. But it looks like guitarist Jeremy Green is no ordinary guitarist and producer. The proof of this is all over Standing Eight, an album of eight songs wherein he invites a stellar constellation of guitarists and bassists to play songs he has co-written, and shares credit with drummer Keith Carlock.

To be sure, Keith Carlock is the rhythmic propeller around which the guitarists – great colourists that they are – harmonise as if they were dancing around Mr Green in a kind of double-helix that spins and pirouettes. All the while the two – i.e., Mr Green and one of his mighty guest guitarists create music with an infectious zest. Make no mistake Mr Carlock and another constellation of illustrious bassist creates the incessant propulsion from song to song.

The guests – both on six-string electric guitars and electric bass [see the glittering marquée below] join Mr Green in creating music with crystalline polyphonic clarity – each song is all the more alluring for its refreshing naturalness. Mr Green is the pivot, of course, setting up a vivid contrast for the graciously welcoming lyricism that each guest brings to intertwined guitar-led harmony. Meanwhile the spell is cast by bassists who pour their individual identity into securing a rhythmic wall with Mr Carlock.

If you weren’t told who was playing on each of these eight songs it may not be easy to pick out which guitarist and bassist was enriching this repertoire. But upon repeated listening, it is possible to determine who takes which solo, provoking Mr Green into raising the level of his game. Saxophonist Chase Baird on “Big Shoes” and trumpeter Mark Levron on “Ain’t no Chevy” add to an uncommon musical cosmos.