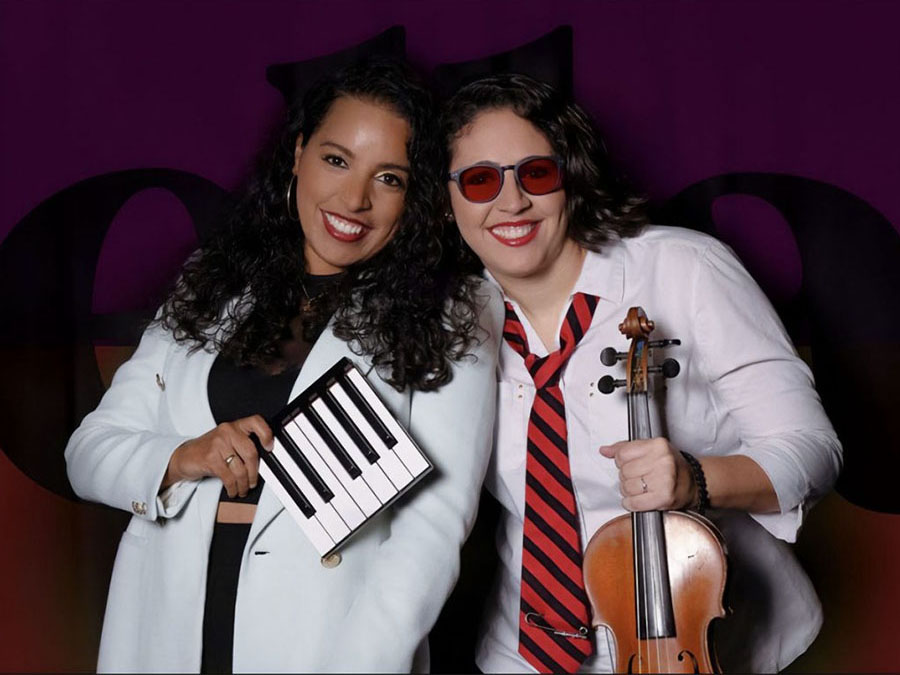 There is something quite special about Ella, the 2022 album recorded by the prodigious pianist Glenda Del E and equally gifted violinist Daniela Padrón. There are many rather exclusive reasons for this. Firstly, the entire repertoire has been captured in the quietude of a duo [setting]. The empathy with which each player is able to communicate suggests that there is an almost transcendent telepathy that has been born into existence from the first bars of the music. The selection of the repertoire is quite inspired – made up of such gems as “Bésame Mucho” by Mexican songwriter Consuelo Velázquez, “Babalú” the Afro-Cuban song written by Margarita Lecuona made popular by Desi Arnaz, and the iconic song “Gracias a la Vida” by the legendary Chilean, Violeta Parra. But what makes things all the more special is the fact that the music – all of it – appears to have been captured in performance delivered in a sort of suspended animation.

And then there is this: a facet of artistic performance that speaks to a facet of artistry that is almost unspeakable; one that seems to come into existence when the spiritual and the secular collide in a rarefied realm. Most artists can only dream of it as it is next to impossible to achieve this state of wonder and sustain it for a considerable length of time – in this case little over half an hour of performance-time. But this is exactly what we are gifted with on Ella. And here’s why:

When musicians reach the wellspring of an emotional state and elemental passion takes over, it takes the greatest artistic ability to balance feeling with the mannered expression; to ignite elegance with the heat of a red hot flame, and likewise to imbue nobility of expression with an often cold blue flare. African mystics such as adepts and gnawas do so without giving much thought to the process; their training and guidance – often born of Divine inspiration and from rigorous training are able to reach this level of “performance” by seemingly turning on a proverbial dime.

Both Glenda Del E and Daniela Padrón seem to have made all of this happen, probably unbeknownst to each of them. But in my [considered] view both pianist and violinist have what it takes in spades, and this is exactly why we have an album of songs – each of which ascends to that rarefied realm. Glenda Del E is Cuban and most certainly falls in with the musical continuum. As such she certainly digs deep into the filin, jazz-influenced romantic song with roots in bolero and canción.

Clearly the Venezuelan-born violinist Daniela Padrón did not have to be “Cuban” to evoke the emotion of that style of post-microphone music that took root after vocal legends such as Ella Fitzgerald came under its spell. But clearly Miss Padrón is swept up in the depth of emotions as much as Glenda Del E. Moreover, she plays her instrument with such inspiration and virtuosity that it becomes a part of her own psyche, and which magically she imbues [through her instrument] that same filin, if you like, Glenda Del E knows from experience.

Put all of this together in a recording studio and the proverbial spark has ignited an album of rare beauty – the like of which will be hard to come by in a long time to come.