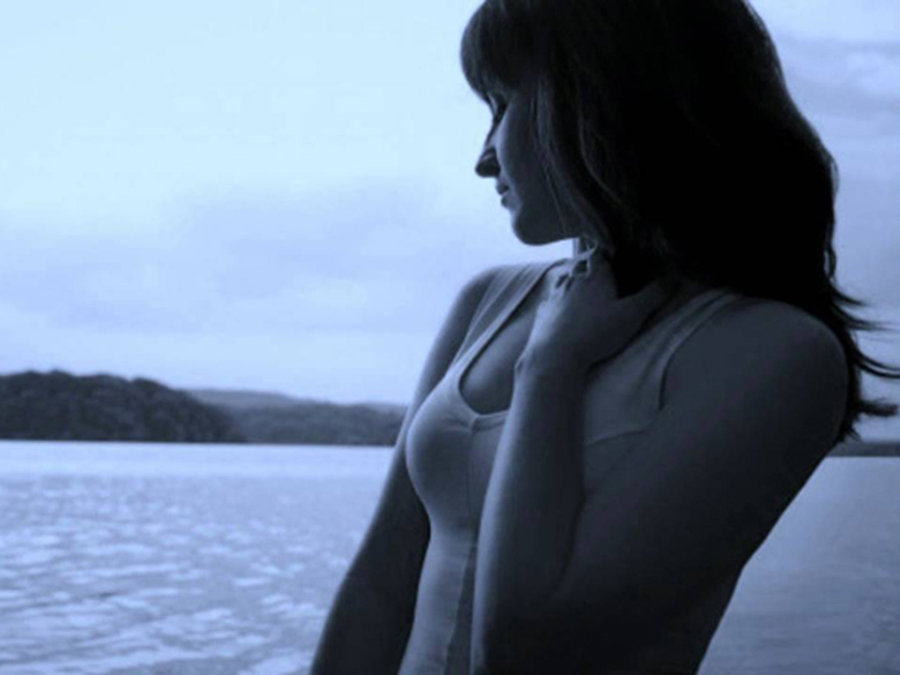 Long passed the stage of being a “singer of boundless promise” Diana Panton is now a great artist. [Photo: Jose Crespo]

Diana Panton has long past the stage of being a “singer of boundless promise”. She is already a great artist. She has a reputation among her tribe – and surely also among music’s proverbial cognoscenti – of being one of the most discerning artists – a perfectionist in every aspect of musicianship. Moreover she is always right on the money with the repertoire she picks to showcase her artistry on her albums. Miss Panton is not known to release radio-friendly singles; she makes albums only – longish one at that; each of which is gem-like and sought after not only in Canada, but elsewhere in the world as well.

Miss Panton’s albums are always artistically themed – often with colours [Pink, Red and also on If the Moon Turned Green] setting the tone and even dictating the repertoire, a hugely successful artistic tool one might add. However, with Blue Miss Panton takes everything up several notches focusing on torch-songs [“Meaning of the Blues” being one of them] songs that are articulated with her characteristically gentle legato voice – with lyric [and emotions] sprung from the deepest recesses of her heart to pierce the listener’s heart like slowly burning indigo-tipped arrows. Her albums are long – but never too long – and [yet] you always want the hour-plus-long albums never to end… Here’s why you’ll feel that way again.

Diana Panton once reveals herself as an artist of the first order, broadening out from standard repertory. Her instrument is gorgeous; lustrous, precise and feather-light. Her musicianship is fierce, and even though she deals mostly with the emotional fallout of love and loss throughout you never tire of listening to her. She digs into the expression of every word, brings ceaseless variety to soft dynamics and gives every phrase grace – made more special with the tremulous vibrato with which she sculpts short and long inventions [cue “Yesterday”, “To Say Goodbye” and “Meaning of the Blues”], varying her genteel-sounding vocalastics by using both hammer and laryngeal vibrato to jaw-dropping effect.

Invariably with each album when Miss Panton gathers both familiar and unfamiliar repertoire. But with her interpretations [of even the most recognisable charts] she adds to our growing awareness of the great tradition of American Song. The songs embrace bittersweet emotions and so a meditative rhythmical pace follows as a natural corollary. But even though all of the songs are drenched in sadness and longing there is a nobility to Miss Panton’s renditions, which makes music glow softly, like old gems polished to reveal their precious nature all over again. Time and again one is reminded that no one could have performed these songs as evocatively as Miss Panton does, that is, except perhaps Julie London and Jackie Cain.

The great Don Thompson – a longtime musical associate of Miss Panton’s over the years – is one of the main reasons for the stately beauty of this album. The multi-instrumentalist plays only piano [and Fender Rhodes] on these songs, but once again he contributes his majestic and luscious arrangements to the music of Blue. The piano-vocal duets on the opening medley and the finale – “You Are There” – are the musical apogees, making for perfect bookends of the album. The inimitable guitarist Reg Schwager [another longtime associate], the brilliant saxophonist Phil Dwyer and bassist Jim Vivian [a woefully unsung Canadian musician] complete the group.

Each musician is completely attuned to the vision and artistry of Miss Panton, and all of them perform with uncommon eloquence. In addition, Miss Panton is also accompanied on several songs by the Penderecki Quartet and together the string musicians – violinists Jeremy Bell and Jerzy Kaplanek, violist Christine Vlajk and cellist Katie Schlaikjer – bring deeply interiorised readings that complement the vocalist’s executions.

In closing, it bears mention that Diana Panton sounds as if singing is her natural mode of expression; and since she has an extraordinarily beautiful voice, there should be decades of happiness as she continues to expand her repertoire.