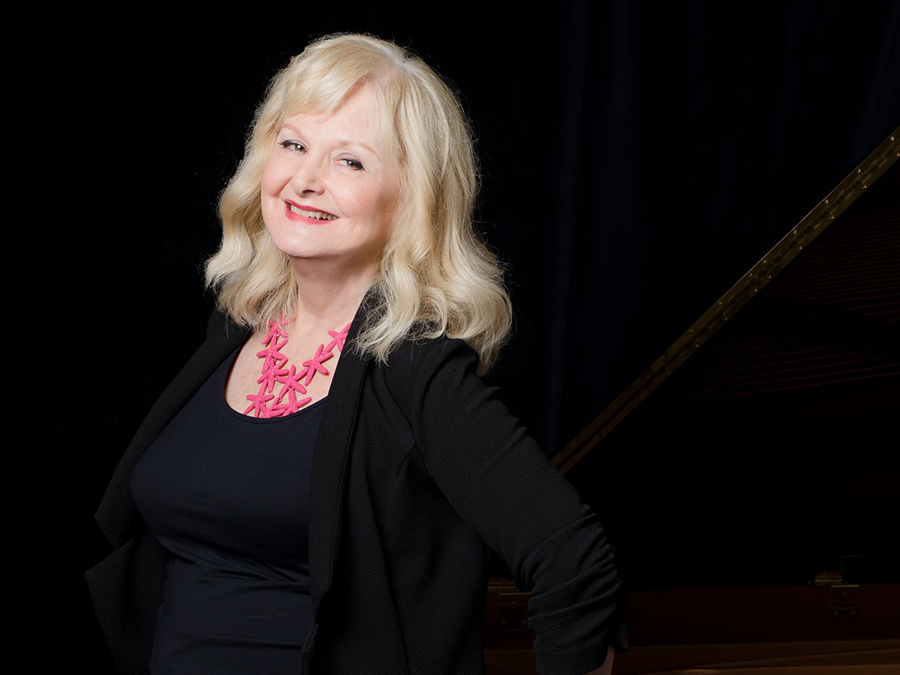 This recording – Vintage Americana [NV6384] is a welcome follow-up to Retro Americana [NV6361] – also by Christina Petrowska Quilico, who has the requisite gamut of colours, to say nothing of the technical panache to do justice to the diabolical, rhythmically challenging repertoire on the album. Ms Petrowska Quilico is a pianist wholly devoted to art in so many more ways than one. To begin with it would appear that musicianship and pedagogy not only inform her playing, but seems to nestle cheek-by-jowl in a most breathtaking manner throughout. Moreover her ability to infuse music with a kind of steely rigor and yet open a window to emotive elements is quite exquisite. This recalls – at least to me – the kind of pianism that Grete Sultan once brought to her iconic recording of John Cage’s mighty Etude Australes, produced by the late, great Heiner Stadler [Wergo, WER 6152-2] in 1978.

Bringing the celebrated composer and producer David Jaeger on board this time again [he also had a hand in the production of Retro Americana] was also a coup. This certainly helped sculpt the entire production to perfection – even when other composers and recording session producers were involved; despite the fact these [other] producers necessarily brought their own aesthetic to each of the individual sessions. The word “Vintage” in the title could be a tad misleading, but only until you begin to listen to the repertoire, for that only applies – if that at all – to form and not content. It is clear right from the outset that here is music – the Americana of the title now fully-revealed in the pieces.

Here is music committed to the very idea of pushing the language of music into uncharted territory. What is ‘extreme’ is most interesting. There is a continuous striving – both in the compilation of this repertoire as well as in the performance of it – for vivid colour and tonality. There are parts of it – which are by turns striated and dense, and sometimes evocative of unyielding rigor – as in Frederic Rzewski’s “The Turtle and the Crane” – and others that have a pronounced grandeur and elliptical movement as in David Jaeger’s “Quivi Sospiri”, no doubt inspired by Dante Alighieri, dramatically different from Luzzasco Luzzaschi’s madrigal set for five voice in 1576.

In Mr Jaeger’s version “Their sighs, lamentations and loud wailings/resounded through the starless air,/so that at first it made me weep;/Strange utterances, horrible pronouncements,/words of pain, tones of anger,/voices shrill and faint, and beating hands,” of Dante are invoked by the instrumental timbre of Ms Petrowska Quilico’s astute pianism and Mr Jaeger’s application of [what sounds like] electronic effects that conjure a kind of ghostly choral effect in this work. The now-pronounced lyrical strains in the recording begin to climax in the subsequent pieces by Mario Davidovsky and Paul Huebner respectively. This kind of lyricism acts as bookends to the works by Lowell Liebermann and David del Tredici, with which Ms Petrowska Quilico’s remarkable Vintage Americana unfolds.