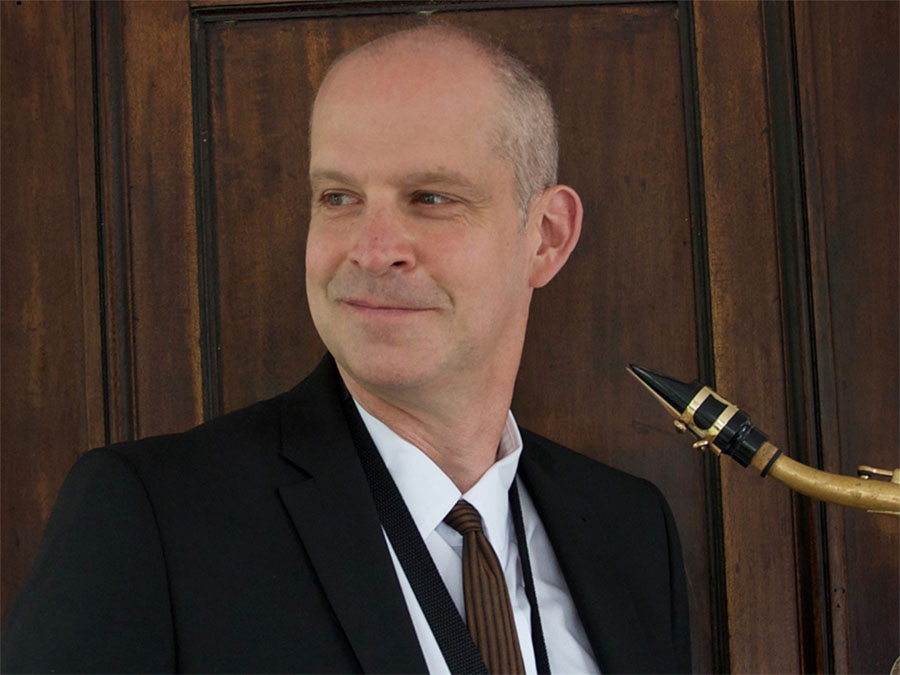 Andy Ballantyne may owe much to the great ancestry of Jazz saxophone such as to men like Lester Young, Dexter Gordon, Johnny Hodges, Jimmy Giuffre, John Coltrane, Cannonball Adderley and Paul Desmond, but he carves a path into the music with a singular voice, albeit inspired by those great men who went before him. Mr Ballantyne also doffs his proverbial hat to other great artists in Jazz, such as Duke Ellington, who has clearly made a deep impression on the saxophonist. But, as Mr Ballantyne is also quite his own man the manner in which he pays homage is not with gratuitous praise, but to intelligently show musical appreciation for them.

What better way could there be than to interpret their music with music of his own, quoting not from, but rather speaking to what was most inspirational about his (and Jazz’s) Honour Roll. Thus we have ten charts written after the style of the musicians in question on Play on Words. You will hear harmonic inversions and impressions of harmonic styles in such music as the luscious composition “Ishtar Fan”, the swinging elegance of “Round Shot” and the “choral” majesty of “All Stops. Indeed all these songs are also a testament to Mr Ballantyne’s gifts as a writer.

With this music Mr Ballantyne seems to indicate that he knows “tradition” is a wonderful reality, but belonging to a tradition need never mean being imprisoned by it; and so he innovates as closely as possible – and with much intellectual and technical acuity as the men who first wrote and performed those works. In doing so Mr Ballantyne has taken from tradition what is most meaningful and tossed aside what has become worn with overuse.

Also, insofar as the performances on this album are concerned, Mr Ballantyne also has some of the best musicians possible to make this music ring true. The musicians of this ensemble seem to have this music deeply interiorised and so they interpret it all with introspective and idiomatic grace and beauty. The musicians, of course, are among the crème de la crème of Canadian musicians. Guitarist Rob Piltch, pianist Adrean Farrugia, bassist Neil Swainson and the legendary drummer Terry Clarke are all fully attuned not only with the music, but also to the artistry and vision of its creator, saxophonist Andy Ballantyne. All of this makes for an eminently desirable album, whose music has been warmly and exquisitely captured by Jeremy Darby.