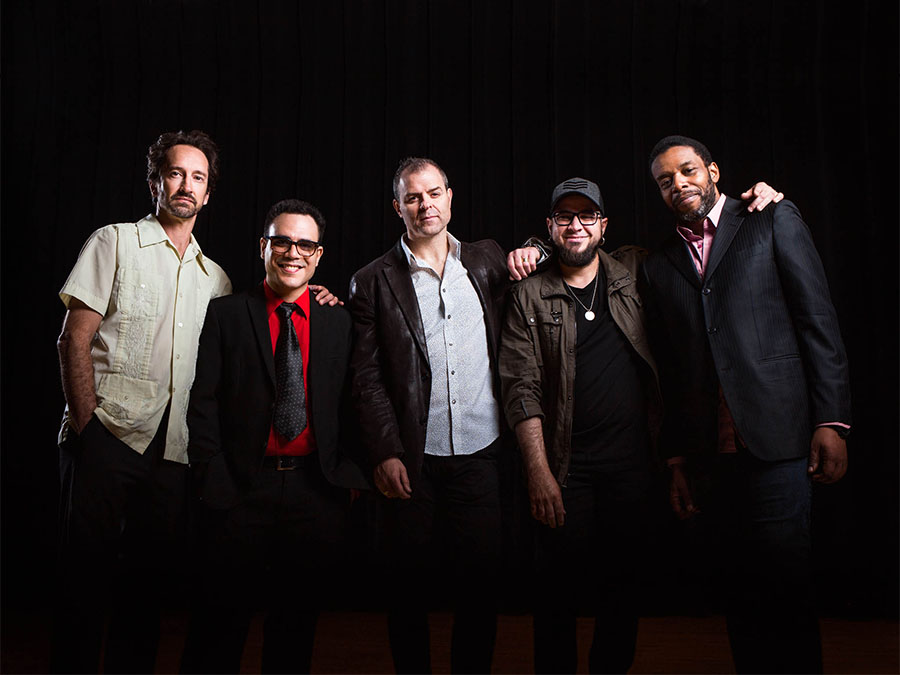 Toronto, ON – Welcome to The Dragon’s Tail, the exciting new 3rd release by Canadian premiere Jazz-Fusion quintet, The Jazz Exiles. Helmed by 2-time JUNO nominee, Mark Kelso, this group’s new recording explores the limitless harmonic and rhythmic capabilities of what these 5 top-notch musicians are capable of.

The current line-up has been together for 5 years now, so their unified sound is even tighter, punchier and more cohesive than the previous 2 recordings. As usual, the Exiles are led by Irish-born Mark Kelso on drums, compositions & production. The group also features the all-star talents of Canadian bass virtuoso Rich Brown, Cuban-born alto sax player Luis Deniz, guitar whiz Elmer Ferrer and local lad, Jeremy Ledbetter on piano & keyboards. These players have brought Mark’s compositions to a whole new level!

Statement: “With the disruption to our lives over the past 2 years, I’ve thought a lot about what the legacy of a musician’s career actually is, especially when there weren’t any live performances. With that in mind, I wanted this project to be a truer representation of my musical life than any of the projects I’ve done before. Maybe I’m just getting older, but I feel the growing importance of leaving something behind.”

Creative concept: “With this 3rd album, I want to demonstrate that drummers can write memorable music. I want to further prove that drummers can and should see themselves as creative contributors to the musical environment, and most importantly, I want to be an example to students and younger players, so that they can more easily see themselves in this sort of a band leadership role too and follow suit as they embark on their own careers. So often younger players have doubts about their capabilities as composers. I want to use this album as a tool to help make young drummers less afraid to compose and to put themselves out into the world as creative leaders. “

Influence: “Throughout my development as a musician, Bruce Lee has been incredibly influential on my drumming via his ethos in self-improvement in martial arts. Timing, mental clarity, focus, speed, flawless technique, emotional control – all of those can be applied to drumming too. In his film, “The Way of the Dragon”, he talks about the dragon’s tail, which in a fight is a particular martial arts move. However, in folklore, people worry about the dragon’s teeth and flames but ignore the tail, which can deal a devastating blow. The Dragon’s Tail is a therefore a metaphor for the importance of looking for the unseen. In going deeper, one should be careful about only taking things at face value, and in doing so avoid being caught by ‘the tail.’ The album’s title track is dedicated to Bruce Lee as an homage to how he’s inspired me in my life-long musical growth.”