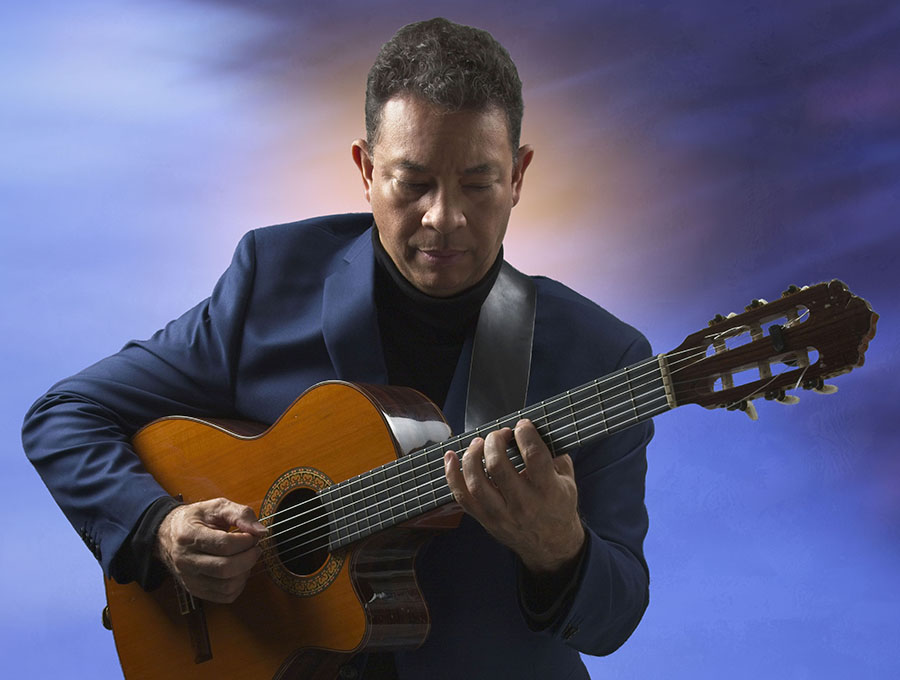 TORONTO, Ontario, Canada and MIAMI, Florida, USA–Guitarist, vocalist, composer, arranger and band leader Luis Mario Ochoa, the Cuban-born, Toronto and Miami based musician, will release his fifth album, Forever Lecuona, on April 6, 2022. A tribute to world renowned Cuban composer Ernesto Lecuona – known as the Gershwin of Cuba – the album features ten of some of the legendary artist’s most beloved compositions, presented in a concert style recital program.

As the primary force behind the emergence of Cuban music around the world in the early 20th century, Lecuona’s compositions encapsulated the spirit of Cuban, African and Spanish influences producing a library of music across multiple genres including popular songs, piano solo compositions, as well as music for theater, ballet and opera.

Ochoa’s desire to pay homage to Lecuona began when he moved to Miami in 2014 to start a new chapter in his life and career. With a vast selection of music to choose from, he wanted to mirror Lecuona’s ample array of styles, by featuring his tropical songs, congas, boleros, criollas, Afro Cuban dances and a Sevillana flavored song.

A multi-faceted musician, Luis Mario emigrated to Toronto from Cuba in 1990 after receiving a Bachelor of Arts in classical guitar at the University of Havana, Instituto Superior de Artes. In Canada, he expanded his musical career as guitarist, vocalist, composer, arranger and band leader. His first album A La Cubana (1995) was among the first Latin recordings to be released in Canada and the first from a Cuban born musician.

Over the years Ochoa has produced and released three additional albums: La Fiesta (2000), Cimarrón (2005) and Momentos Cubanos (2008). Tracks from his productions have been featured on Canadian major networks mini-series such as Traders (CBC) The Associates (CTV) as well as in the films Brave New Girl (2004) and Bailey’s Billions (2005). Luis Mario has recorded and performed many times with Latin jazz luminaries such as multi-Grammy® award-winner Paquito D’Rivera and multi-Juno® award winner, Hilario Durán.

Coinciding with the commemoration of the 60th anniversary of Lecuona’s passing in 2023, Forever Lecuona will continue to keep the music of this incredible composer alive.

Cuba has many incredible composers in its cultural repertoire, but perhaps none that ever reached the stature of Ernesto Lecuona. He composed over six hundred pieces, mostly in the Cuban vein, and was a pianist of exceptional skill. His father was Canarian and his mother was Cuban.

Lecuona’s talent for composition influenced the Latin American world in a way quite similar to that of George Gershwin in the United States, in his case, raising Cuban music to classical status.

Even before becoming well known, this great Cuban musician was unique. Through his music, he was able to synthesize the feeling of an entire nation. Within his compositions, he was able to combine the popular with the traditional as well as the history with contemporary times of his people. Because Lecuona had become so popular and well-known, he was able to leave Cuba and conquer stages around the world without ever forgetting the land of his birth.

Ernesto Sixto de la Asunción Lecuona y Casado was born in Guanabacoa, Cuba, on August 6, 1895. A few days after his birth, a beggar approached his crib and prophetically called him a genius. The beggar was not wrong, because at the age of five years old, the boy gave his first recital!

It’s no wonder that by age 13 he had already composed his first piece: Cuba and America. He was a brilliant student and he graduated from The National Conservatory of Havana with a gold medal for his musical skills when he was only 16 years old. Afterwards, he was able to continue his studies outside of Cuba.

France and the United States were the countries in which he chose to cultivate his artistry. And even during his early stages of schooling, his name would become forever etched into the cultural memories of the United States and throughout America. In the U.S., he was the first to introduce a Latin orchestra: The Lecuona Cuban Boys. This exceptional band of Afro-Cuban musicians filled the 1930s and 1940s with its intense Afro-Cuban rhythms.

Since those days, Lecuona’s renown has continued to grow as his contributions to Cuban music have become more and more widely known, especially within the Spanish lyric theater known as “Zarzuela,” a kind of masque-like musical theatre or operetta which existed in Spain since the time of Juan del Ensina and later imported to Cuba. In Cuba, the afrocubanismo zarzuelas of Ernesto Lecuona (María la O; El cafetal), Eliseo Grenet (La virgen morena) and Gonzalo Roig (Cecilia Valdés, based on Cirilo Villaverde’s classic novel) represent a brief golden age of political and cultural importance. These and other works centered on the plight of the mulata woman and other black underclasses in Cuban society.

In 1960, thoroughly unhappy with Castro’s new régime, Lecuona moved to Tampa, Florida. Lecuona lived his final years in the U.S., but while traveling in the Canary Islands three years later, he died of a heart attack in the town of Santa Cruz de Tenerife on November 29, 1963, where he was trying to recuperate from a lung ailment.

A great deal of Lecuona’s music was first introduced to mass American audiences by actor and bandleader Desi Arnaz, a fellow Cuban and Lucille Ball’s spouse.