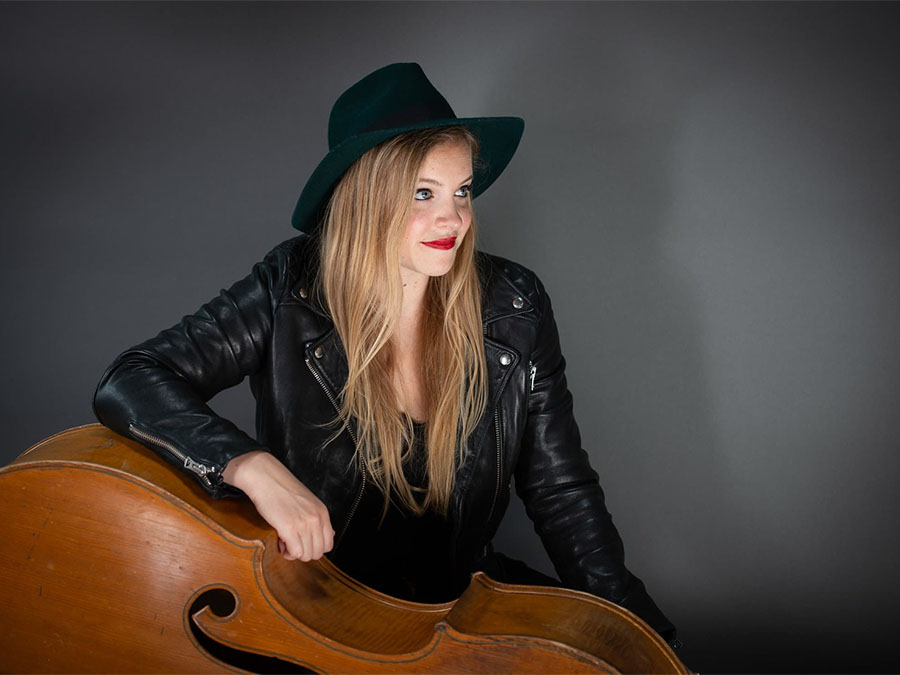 A Little Louder Now is the phenomenal new album from Toronto bassist and composer Lauren Falls. This album takes the listener on a musical journey through a beautifully curated collection of seven original compositions, plus a classic standard from Victor Youmans. Falls’ second album as a bandleader, A Little Louder Now demonstrates her growth as a musician and composer since the release of her  2013 debut album, The Quiet Fight.

A Little Louder Now features several of Canada’s most sought-after musicians, including saxophonist David French, guitarist Trevor Giancola, pianist Todd Pentney, and Falls’ brother Trevor on the drums. Each musician brings something unique and enticing to the record’s sound. Falls had each musician’s specific musical voice in mind while writing the material for this album.

The title A Little Louder Now speaks to Falls’ personal evolution, and her journey becoming more confident and courageous as both a musician and a person. These compositions are reflections of her life experiences, both good and bad, and the artistic growth that has accompanied them. The sonic textures created for the listener inspires feelings of hope and inspiration, bringing comfort to those who are also in the midst of their own personal journeys.