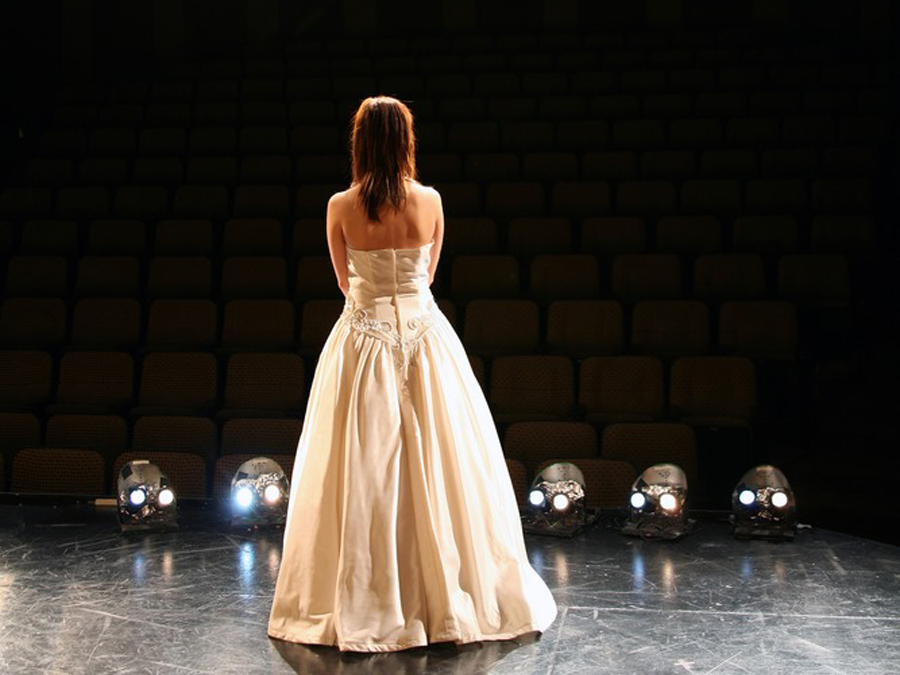 "When the music's over... turn out the lights..." Jim Morrison

After 40 years as a charitable service organization for Canada’s musicians, the International Resource Centre for Performing Artists [IRCPA] is ceasing operation November 30. Eleanor Friedland, president of the IRCPA Board, made the announcement today.

“The Board would like to thank Ann Summers Dossena* for having developed innovative programs to serve the needs of Canadian artists.  Not just singers but many of Canada’s musicians and personnel working behind the scenes in the performing arts owe Ann a huge debt of gratitude,” said Ms. Friedland. “Through her tireless efforts and fertile imagination, she identified the skills and types of input artists needed to tighten the gap between their training and a professional career. Using her enviable contact list, she brought international expertise to Canada so that artists didn’t have to travel to New York or Europe at considerable expense to be heard and to gain valuable feedback.”

Ms. Summers Dossena is an award-winning* Canadian artists’ manager who retired from management in 2013 after 55 successful years in New York, Rome and Toronto. At that point, she channelled her energy to become fulltime volunteer artistic director of the IRCPA.

She had begun the organization in 1983 as the Ann Summers Resource Centre for Performing Artists, with the support of some of Canada’s leading musicians. It quickly became a trailblazer, presenting Encounters with international mentors, workshops and other life skills programs they knew from experience would enable Canadian artists to move forward in their international careers.

“Over four decades, our goal has been to help Canadian musicians, mostly opera singers, whose career span may be limited, but also other performing artists, to become aware of the international stages available to them and of how they measure up in their search for excellence,” said Ms. Summers Dossena.

“After many years of being essentially the only such organization helping musicians in this way, we are pleased to see the torch being taken up by a number of others with appropriate funding, who are offering feedback on artists’ skills and knowledge of the music industry.”

While the organization that Ann Summers Dossena founded 40 years ago may be discontinuing, her advice lives on in her handbook for artists, Getting It All Together, published by Scarecrow Press in the U.S.

IRCPA’s fabled narrative is featured on its website, which will remain online, and includes comments from some of the more than 600 alumni who benefitted from the programs and from the celebrated authorities who inspired them. In 1982, L’Aquila, Italy dedicated its annual Festival of Music and Architecture completely to Canada’s performing artists and architecture. Artists’ manager Ann Summers Dossena was commissioned to produce the three-week festival of music, ballet, puppets and mime performances.  She engaged artists from across Canada, among them the Ottawa Choral Society, the orchestra from London (ON) and conductors Alexis Hauser and Brian Law for Handel’s Messiah with vocal soloists Frances Ginzer, Patricia Kern, Mark Dubois and Christopher Cameron. The Danny Grossman Dance Company and stars of the National Ballet also performed. The artists were greeted by cheering audiences, rave reviews from the Italian media and enthusiastic coverage from Canadian journalists who covered the festival, including Ruby Mercer [Opera Canada], Aviva Layton [Maclean’s], William Littler [Toronto Star], Eric McLean [Montreal Gazette] and Richard Newman [London Free Press].

According to William Littler, “The Festival represented the largest, most successful attempt ever launched to broaden Canada’s image culturally in the land of Michelangelo and Verdi.” He quoted David Anido, Canada’s Cultural Attaché in the Rome embassy, as noting [that] “‘A huge amount of goodwill has been created through this festival…. A Canadian impresario made it happen. Ann Summers has done something that has given credit to all of us as Canadians.’”

Spurred on by both the L’Aquila success, and the lack of resources back home in Canada, the following year the “Ann Summers Resource Centre for Performing Artists” was created. It was financially supported in 1983 by Canadian and American professionals in the field who identified the barriers that prevented emerging artists from competing on international stages. The project was championed by contralto Maureen Forrester, and promoted by Arnold Edinborough [founder/president of what is now known as Business/Arts] and founding board members: celebrated CBC-TV producer Norman Campbell and his lyricist wife, Elaine; musician Graeme Page, currently principal, Engaging Philanthropy; arts administrator Debra Chandler, currently executive director, Concerts In Care, Ontario; and attorney Bernard Koffman, with artists’ manager Ann Summers Dossena as artistic director.  The organisation was granted charitable status in 1985.  In 1994, its name changed to the International Resource Centre for Performing Artists.

In 1992, the McConnell Foundation supported a cross-Canada tour by Ms. Summers Dossena and Metropolitan Opera coach Joan Dornemann, to give audition feedback and business workshops for graduating singers. A scholarship was awarded a pianist to work with Ms. Dornemann in Toronto.

Many singers discovered by the IRCPA attended the International Institute of Vocal Arts Summer Programme headed by tenor William Woodruff in Chiari, Italy. Ms Summers Dossena organized this residency by bartering with the city to use its Villa Mazzotti for study and performances in exchange for free concerts and events for the townspeople, such as a visit by Simonetta Puccini, granddaughter of the [Giacomo Puccini] revered opera composer.

The concerts, as well as open rehearsals, proved very popular with people in Chiari and nearby towns, and provided a rewarding experience for the singers, in performing to a knowledgeable audience.  The residency also offered non-musical community interactions.  A soccer game was organized between the mayor and staff, and the singers and coaches, which was also attended by the Canadian Consulate staff from Milan.

For 12 summers, the residency hosted 60-70 singers a year from Canada, the U.S., China and Europe, with Ms. Summers Dossena producing the weekly concerts and outdoor galas that celebrated Canada Day and the Fourth of July during seven seasons, 1984-2000.

In 2015, at the urging of alumni members, the IRCPA reconfigured its Encounters for singers as a more formal program. In accordance with the mandate to recognize Canadian Artists past and present, Canadian Scholarships donated in their names were established to enable 10 emerging singers [and an 11th as a cover] to work without financial burden in the “Encounter” with international mentors, who included some of Canada’s best known current vocal stars.

In addition, each singer received a $200 honorarium for performing in the gala concert two weeks later, broadcast live on The New Classical FM.  At the conclusion, the artist/mentor who led the Encounter would name an artist as recipient of the Opera America Career Blueprint Award.

Over the past 40 years, the IRCPA has attracted some 600 alumni, among them the following opera singers:

Among countless collaborators over the years, the IRCPA would like to thank the following:

Artists have their say:

“I know only too well how important it is to learn the skills to perform well and build self-confidence. A program such as this will go a long way in helping to achieve these goals.”

“The calibre of singing for the IRCPA Encounters has always been extremely high and last year’s was no exception. It was thrilling to work with such a talented group of young artists; not only did they possess fine instruments, but they proved themselves to be fine, hardworking musicians.”

As a young singer aspiring to become an opera singer (some years ago), I had the good fortune to benefit from the International Resource Centre for Performing Artists. I participated in an Encounter given by Joan Dornemann, which was a revelation! Her expertise and energy inspired me very much and I can still recall the suggestions she made.”

“… In this busy audition season, when we have so many expenses, the timing was ideal. I had to travel for auditions and I would not have been able to afford the extra voice lesson. The Encounter gave me tools to feel more confident and have strong auditions. Thank you also for the career blueprint in New York City. Headshots, recordings, and consultations are very expensive but very important and it puts me at ease to know that these will be covered for the audition season.”

“I’m so very grateful to have had the honour of working with Sondra (Radvanovsky) …I learned so much, not only from my time with her but also from observing everyone else she worked with.  I don’t think this would’ve been possible without the generous sponsorship.  I myself wouldn’t have been able to afford it had it not been for the scholarship.”

“I left the Encounter feeling inspired, motivated and eager to get to work in the practice room.  The amount of information and knowledge I gained is quite frankly immeasurable; the technical advice I got…was literally priceless.”

“I would like to thank you for your recommendation that I audition for Bramwell Tovey.  Due to that audition, I now have my first contract.”