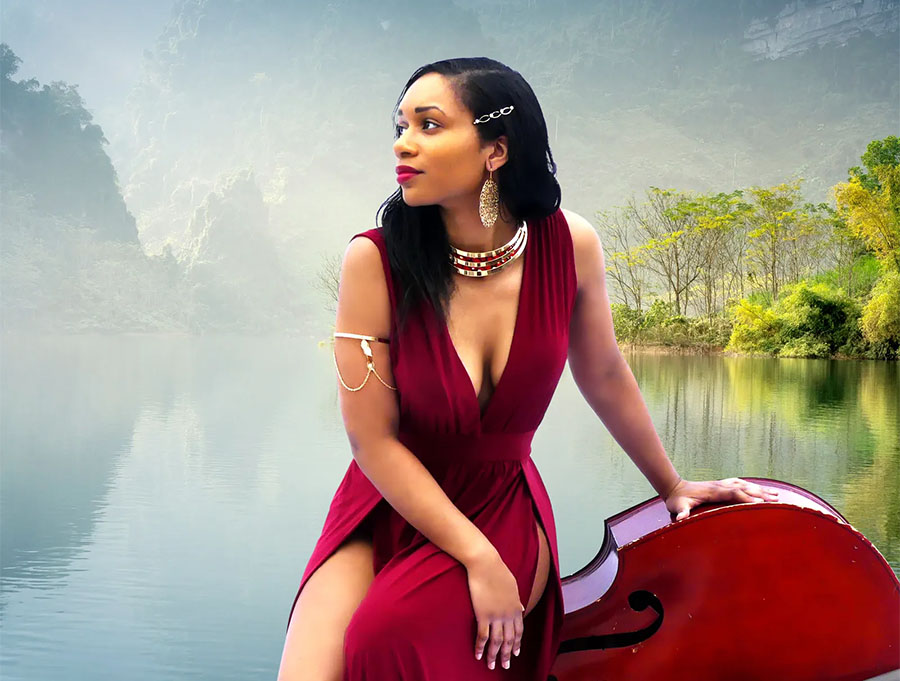 (TORONTO – October 25, 2022) – The Women’s Blues Revue 2022 full line-up has been announced and returns to the newly revitalized Massey Hall to celebrate its 35th year on Friday November 25, 2022 at Massey Hall. Bringing blues lovers together for an evening honouring the contributions to the genre with some of Canada’s finest musicians. Tickets are available now at masseyhall.com/tickets or 416-872-4255.

Garnetta Cromwell’s story begins in Montreal Canada, a bilingual, Afro-Metis (Mi’q Maw Community) Canadian girl, musical daughter of a sophisticated strong woman; and the youngest of 6 other talented girls. She fronts Garnetta & Dagroovmasters, a Classic Soul R&B band that is not only a high energy show band, but they are also a reflection of Canada’s multicultural society! They have been playing music together for approximately 1.5 years. Their style of upbeat music, brings pure joy to all listeners, and continues to spread their contagious & cheerful sounds throughout their live performances!

In February 2020, only days after Miss Emily celebrated the Maple Blues Awards triple-crown of Female Vocalist, New Artist and Sapphire Blues Video of the Year, the world shut down. She has an innovative spirit and creative force born out of necessity, and her incomparable vocals are surpassed only by her electrifying, roof-rattling performances. Soon the world will shine a bright, white spotlight on the soul-blues dynamo known as Miss Emily. It’s only a matter of time.

Selena Evangeline is, without question, a world-class singer. The sounds of Ella Fitzgerald, Chaka Khan, Prince, and Stevie Wonder helped shape the musician she is today. As a multi-instrumentalist and songwriter, her songs are musical snapshots of real-life and emotions, from a real woman. Those “snapshots” helped to win her an Ontario Independent Music Award for Best Urban, Barrie New Music Award as well as honourable mention in the John Lennon Song-Writing Competition.

Suzie Vinnick is Saskatoon native transplanted to the Niagara Region of Ontario, Roots and Blues singer Suzie Vinnick is a 3x Juno Nominee, CFMA Award winner, and a 10-time winner of the Maple Blues Award for songwriting, female vocalist, acoustic act and more. Suzie has a voice you’ve heard a thousand times and one you’ll never forget. It soars, it growls, it whispers and it shouts from a deep, deep well of emotion. The pure joy she exudes when she picks up that guitar is so worth the show.

Suzie has toured nationally with Downchild, Stuart McLean’s The Vinyl Café, the John McDermott Band and she performed for Canadian Peacekeepers in Bosnia and the Persian Gulf. She was also the voice of Tim Horton’s for 5 years.

Suzie’s latest roots and blues album will be released on September 23, 2022; the album is entitled Fall Back Home.

All vocalists will be backed by the All-Star Women’s Blues Revue Band which includes:

Co-presented with the Toronto Blues Society

Source: The Corporation of Massey Hall and Roy Thomson Hall