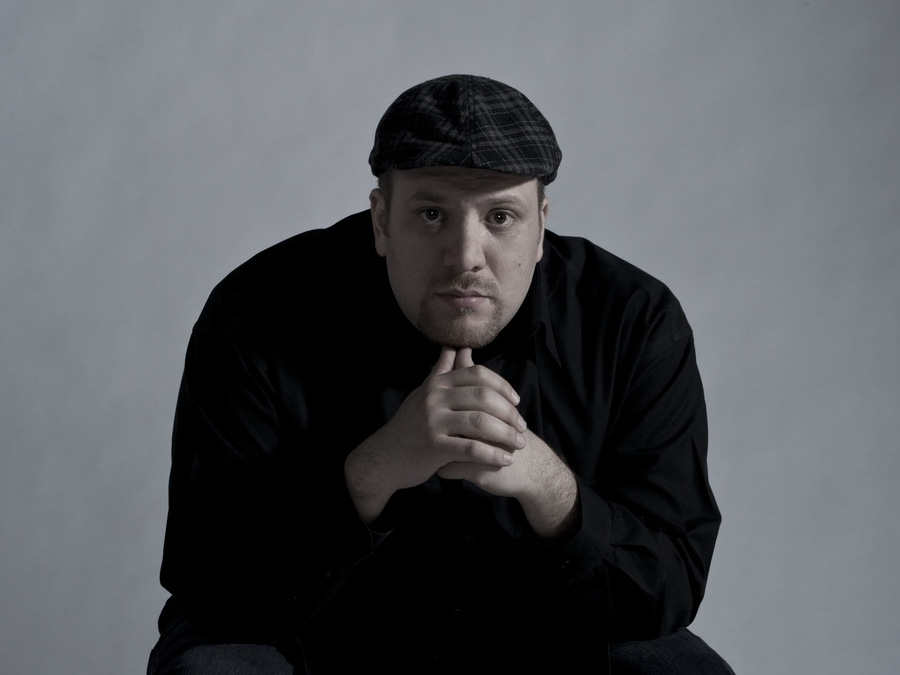 Robi Botos has been hailed as one of the most diverse multi-instrumentalists  of this generation. From the hard-bop style of Bill Evans and Herbie Hancock, to the swing of Oscar Peterson and the heartfelt melodic expression of Mulgrew Miller and Cedar Walton, Robi has managed to master the technique of his idols, all while showcasing his musical expressions in a voice that is purely his own. While Robi is known for being a strong player in the traditional jazz and funk fields, he always incorporates an element of the music he grew up listening to into his playing. Says organist, trumpeter and pianist Joey Defrancesco:

“Robi is one of the most swingin’, soulful, funky, world class players I’ve ever heard, and he has a technique like you can’t believe. Definitely one of my very favorite players!!!”

Born of Romani descent in Hungary, Robi taught himself first to play drums as a young child, and got his first taste of being a professional musician working throughout Budapest. Robi was first introduced to the piano when he was 7 years old, and never looked back. He continued to perform throughout Hungary and when he turned 20, decided to move his wife and children to Canada, to further pursue the career he was born for. Now 20 years later, Robi has solidified himself as one of the most sought-after pianists in the country.

Immediately after coming to Canada, Robi immersed himself into both the Canadian and international jazz scene. In 2004, he traveled to Montreux to compete in the Montreux Jazz Festival’s solo piano competition, where he placed first. His prize? Returning the following year to open for one of the headlining artists. That artists happened to be one of Robi’s idols – Oscar Peterson. Unknowingly to Robi, Peterson sat in the wings as Robi performed and upon their return to Canada, the two would form a friendship that resulted in Robi being one of OP’s final mentees. Over the next few years, Robi would continue to participate in and win global prizes and awards including the International “Jazz Hoeilaart” band competition in Belgium, the International Association for Jazz Education (IAJE) award in California, and the “Martial Solal Piano Competition” in Paris. In 2006, Robi would receive his first JUNO Award nomination for his participation in the ALMA Records release, One Take.

Since moving to Canada, Robi has been given the chance to work with many of the greats in his industry including Al Jarreau, Branford Marsalis, Christian McBride, Terri Lyne Carrington, Joey Defrancesco, Steve Gadd and Chaka Khan and has participated in projects with Michel Legrand, Chick Corea, Bill Charlap, Benny Green,  and Kenny Barron. Robi wasted no time laying down roots in Toronto. He has been the pianist of choice for Officer of the Order of Canada, Molly Johnson, for close to 15 years and has worked extensively with some of Canada’s most celebrated players including Dave Young, Phil Dwyer, Archie Alleyne, Oliver Jones, Renee Rosnes, Sophie Milman, Paul Novotny, Carol Welsman and more.

Along with being a first-call pianist for some of the top artists around the world, as well as leading his own groups in sold-out shows nationwide, Robi is also a highly sought-after composer. In 2013, Robi composed the score for a film that was deeply personal to him. Aaron Yeger’s A People Uncounted tells the story of the rich culture and history of the Romani people (commonly referred to as ‘Gypsies’) in Europe. The film specifically focuses on the mistreatment and devastation of the Romani people during the Holocaust. This moving project was nominated for a Producer’s Guild Award in 2014. Since then, Robi’s music can also be heard on Stella Meghie’s 2016 film Jean of the Joneses, which received 2 nominations at the Canadian Screen Awards. Robi also contributed to the soundtrack of the 2013 Richard Gere and Susan Sarandon film Arbitrage.

In 2015, Robi released his highly anticipated sophomore album for A440 Entertainment, Movin’ Forward, which brought him a 2016 JUNO Award win for Solo Jazz Album of the Year. This would be Robi’s 5th nomination and 2nd win for Canada’s highest award in music. Movin’ Forward featured Seamus Blake on tenor saxophone, Robert Hurst on bass, and Jeff “Tain” Watts on drums. After rave reviews and countless sold-out shows in support of this record, Robi went back into the studio in summer, 2016 to record his next album.

In 2018, Robi is back with a brand-new record that pays homage to his Hungarian upbringing, the early days of his career, and the music that he has dedicated his life to. Old Soul sees Robi not only venturing into a number of different genres (jazz, funk, soul, gospel and more!), but he also plays on a number of different instruments including the Harpejji, which he was inspired to learn and incorporate into his sound by Stevie Wonder. Robi is joined by some familiar faces such as longtime collaborators Mike Downes on bass and Larnell Lewis on drums, as well as Seamus Blake on saxophone. Also joining them for the first time is Cory Henry on the Hammond B3, Ingrid Jensen on trumpet, and Lionel Loueke on guitar. Robi’s ability as a composer is once again highlighted on this record, with a majority of the tracks being his original material. Old Soul pays tribute to his homeland as he takes you down memory lane with visions of his childhood neighbourhood and through some of his favourite spots in his hometown. This record makes you feel like you have a personal connection with one of the most diverse and eclectic artists of our time.

Old Soul was released on A440 Entertainment/Universal Music Canada on February 2nd, 2018.

Related Topics:
Up Next