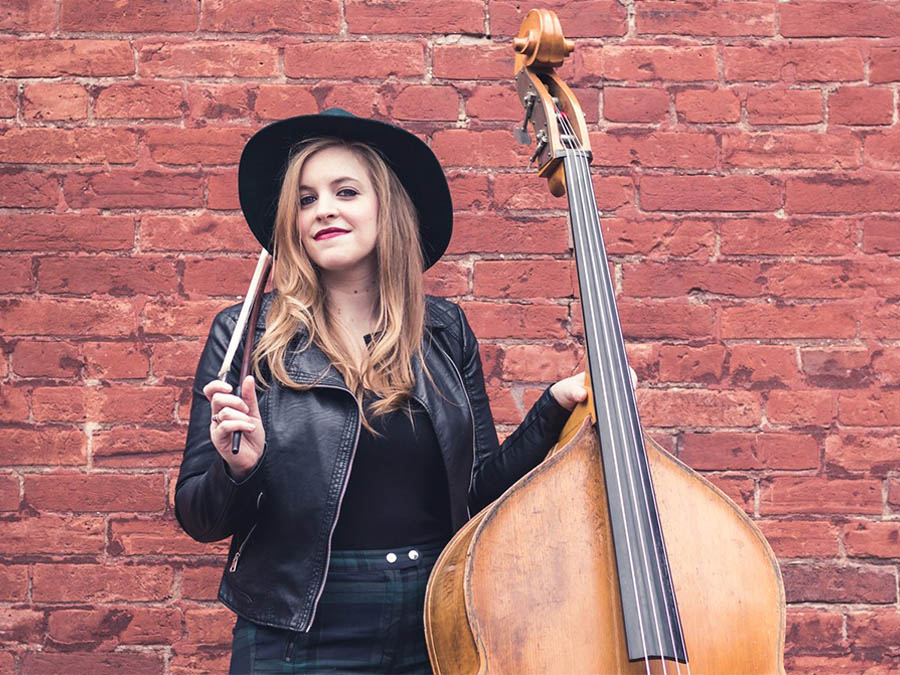 Lauren Falls is a sought-after bassist, composer, and bandleader who over the last decade has been making her mark both on the Toronto and New York jazz scenes. Ms. Falls has an undeniably strong command of the bass and is in demand both as a sidewoman and bandleader. As a composer and arranger, she creates music that is melodically enticing and harmonically entrancing. Her compositions stem from the jazz tradition with modern elements of rock, pop, and folk woven throughout.

Lauren has toured North America and Europe with performances at the Kennedy Center and at jazz festivals including The Mary Lou Williams Jazz Festival in Washington DC, Ottawa International Jazz Festival, and Toronto Jazz Festival to name a few. You will find her in Toronto at venues such as The Rex, The Jazz Bistro, Lula Lounge, and in New York at venues such as Dizzy’s Club Coca-Cola, Smalls, and 55 Bar. Recently Lauren performed as part of Jake Epstein’s Mirvish production “Boy Falls From The Sky,” which was nominated for Six Dora Awards.

In 2020, Ms. Falls was a finalist for the Toronto Arts Council Emerging Artist Award and has been the recipient of multiple Canada Council Grants. She has been an artist-in-residence at The Betty Carter Jazz Ahead program and The Ravinia Steans Institute. She holds a Master’s Degree from the Manhattan School of Music and a bachelor’s Degree from Humber College. Lauren is currently on faculty at The University of Toronto.